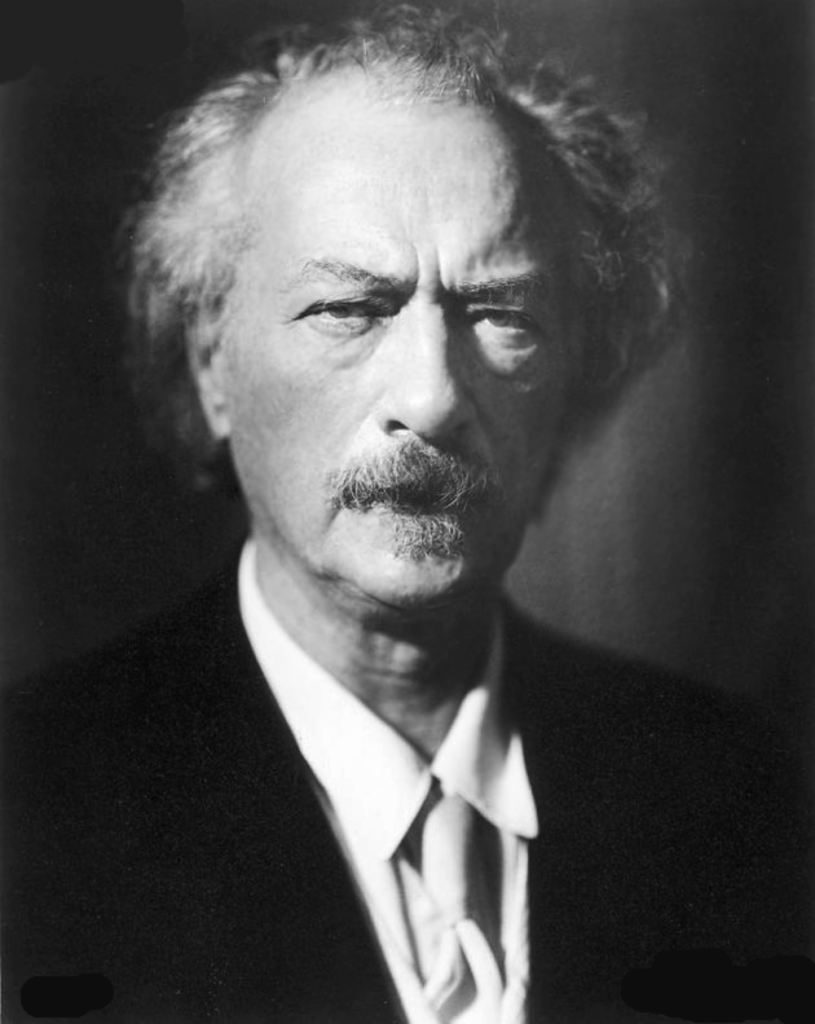 Emigrated and lived in London, Switzerland, and in the USA. Paderewski`s pieces were in neo-romantic style. In 1901 his sole opera Manru received its world premiere at Dresden, and then it had its American premiere in 1902 at the Metropolitan Opera in New York.

His popularity gave him a way to help Polish independence. Each concert was preceded by an introductory speech on the importance of maintaining independence of his native land. During World War I, Paderewski became an active member of the Polish National Committee in Paris, which was soon accepted by the Entente as the representative of Poland.

which was soon accepted by the Entente as the representative of Poland. He became a spokesman of that organisation, and soon also formed other social and political organisations, among them the Polish Relief Fund in London. In 1919, in the newly independent Poland, Paderewski became the Prime Minister and Minister of Foreign Affairs (January 1919-December 1919), and he thus represented Poland at the Paris Peace Conference. In the summer of that year, he signed the Treaty of Versailles. he took on the role of Polish Ambassador to the League of Nations.

In 1922 he returned to his musical life. Having moved to the United States, he held numerous concerts with huge success, and the money earned was bequeathed to charity. Following the outbreak of the World War II, Paderewski returned to public life. In 1940 he became the head of the Polish National Council, a Polish parliament in exile in London.

Paderewski died in 1941, three days before the date that would have marked his 81st birthday, in New York. In 1992, Paderewski’s remains were returned to Poland, and interned in a crypt at the St. John’s Cathedral in Warsaw. In 1925 he was made an honorary Knight Grand Cross of the Order of the British Empire. He qas also awarded with doctorate honoris causa of universities in Lwów (1912), Kraków (1919) and Poznań (1924), as well as several universities in the United States.

Paderewski is also a bearer of the Virtutti Militari Cross.The heyday of musical composition of Igancy Jan Paderwski falls within the years of 1877-1921 and comprises piano pieces such as: the sonata and the variation, “Polish Fantasia" for piano and orchestra (Fantazja polska); "Polonia," a symphony in B minor; "Manru," an opera. Also appearing in his compositions were Polish folk dance forms such as mazurka, kujawiak and krakowiak. The artist was fascinated by Polish folk music, especially the kind originating from the highlanders of the Tatras.

Between 7-21 November 2010, Bydgoszcz shall house the 8th International I.J.Paderwski Piano Competition. The tradition of the event dates back to the year 1961, and ever since 1998 it is held every three years. The young pianists shall present their craftsmanship in front of an international jury.

Couldn’t find what you were looking for?