On 4th of august we inaugurated a new, direct air link between from Bydgoszcz to Lviv, helded by  LOT Polish Airlines. The carrier returns to Bydgoszcz airport after several months of absence. The new connection is available every Monday and Friday. Passengers to Lviv will travel on board of Bombardier Dash Q400 with 78 seats. The departure from Bydgoszcz will take place at 3:10 pm and the landing in Lviv at 5:30. Departure from Lviv is scheduled at 01:40 and arrival in Bydgoszcz at 02:20.

The launch of flights to Lviv is good news for our companies operating on the Ukrainian market and for Ukrainians in our region. I am also convinced that this opens up new opportunities for tourism, including sentimental tourism. Lviv old town, like the Torun old town, has been inscribed on the UNESCO list, it may be worth considering the idea of weekend trips. – says Piotr Całbecki, Marshal of the Kujawsko-Pomorskie Voivodship.

LOT launches new routes only where it sees great business potential and our new connection from Bydgoszcz to Lviv is the best example. The first flight from Kuyavian-Pomeranian to Ukraine is soldout, the next cruise is also almost full. And this only confirms that today for many Ukrainians traveling to this region of Poland as well as many residents of the region traveling to Lviv, LOT’s offer is simply the best – says Adrian Kubicki, a spokesman for LOT.

Flight schedules and operating days also allow for longer stays in Lvov and Kujawsko-Pomorskie. Time of flight is about 1h20min which is a great alternative for travel by car, train or bus. In addition, it allows you to bypass the queues on the Polish-Ukrainian border crossing.

The national carrier returns to our airport with a new connection. This is a confirmation of the potential of regional airports. – says Tomasz Moraczewski, President of Bydgoszcz Airport Authority S.A. – Lviv is certainly an attractive tourist destination, but also an important market for entrepreneurs from the region. We believe the new direction will be an interesting proposition for both groups.

For passengers traveling on this route, the Management Board of Municipal Roads and Public Transport in Bydgoszcz has prepared a special, night bus line. Line 37N will depart from Kościelecki Square at 1.15, while departure from the Port is scheduled at. 3.00 and 4.00.

Tickets are available for purchase, on the carrier’s website (lot.com) and in travel agencies. 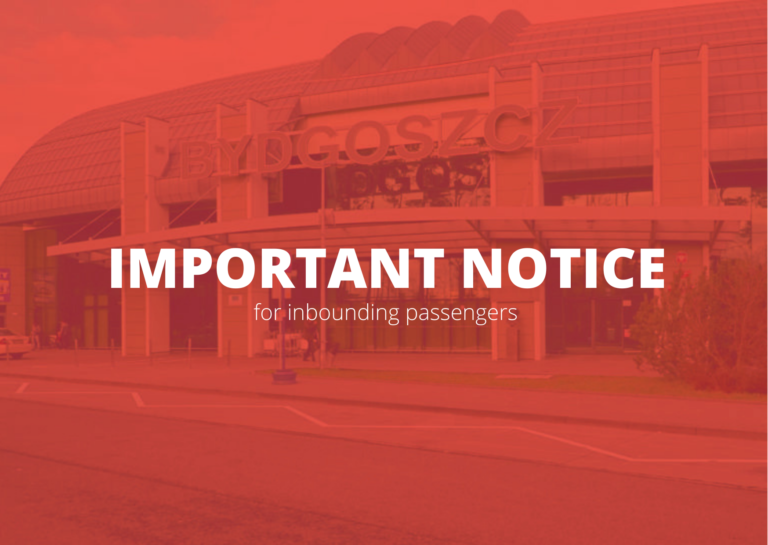 Travelling to Poland from Non-Schengen countries?

Travelling to Poland from Non-Schengen countries? We kindly recommend to verify the current travel restrictions at goverment website. Rules for travellers... 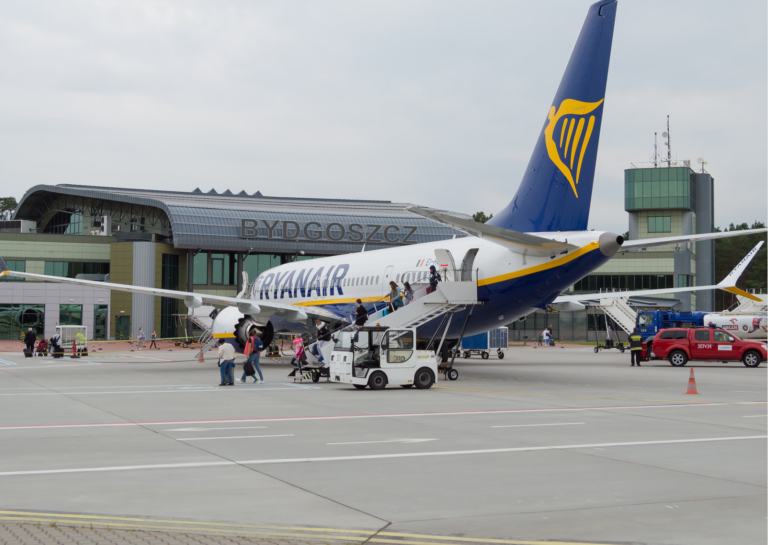 Starting from October 31, Ryanair are going to re-establish the route between Bydgoszcz Airport and Boryspil International Airport. The flights...

🛃❗️ We would like to remind you that travellers arriving in Poland are required to fill in the Passenger Locatior...